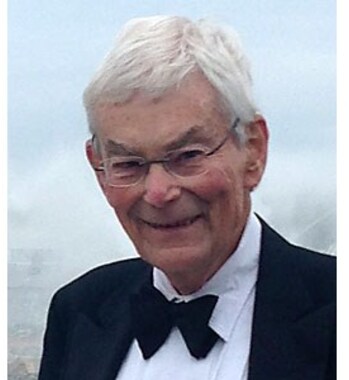 Back to JOHN FREDERICK's story

On March 18th, 2020, John Frederick Bitzer, Jr. passed away peacefully in his sleep, with family at his side, near his home in Fort Worth, Texas. His death was due to complications from congestive heart failure. He was 83 years old, and proud of the fact that he had lived in ten different decades during his life. John was born on July 5th, 1936 in Hartford, Connecticut, eventually the oldest of three children after his two sisters, Polly and Katrina were born. He attended high school at Phillips Exeter Academy in New Hampshire, Class of 1954, where he started on the varsity basketball team his junior and senior years. John's education continued at Harvard University as a member of the Class of 1958. He then transferred to the University of Southern California where he received two degrees: Bachelor of Arts in Economics (1961), and a Masters of Business Administration in Finance (1962). Along the way, John met and married Mary Adams "Mimi" Bitzer with whom he had three children: Elizabeth "Polly" in 1959, John in 1961, and Charles in 1963. Then in 1987 the grandchildren started coming, fourteen in all by 2004. And then came his first great-grandchild in 2013. "Papa" - as he was called - took great joy in all these grandchildren, and he did his best to mentor each and every one of them. They will miss him greatly. John's beloved Mimi passed away in 2004 after a long battle with cancer. He was fortunate to find love again when he met and married Mary Ella Gabler of Dallas, Texas (2007), who had two sons and six grandchildren of her own, making John's already extensive clan even larger, much to his delight. John lost his daughter Polly, also to cancer, in 2018. More than anything in the whole world, "Papa" deeply loved his family. John Bitzer, Jr.'s career began at Avery Products in southern California where he served in a strategic planning capacity. In 1965 he was asked by his father-in-law to join the family business, what would later become ABARTA, Inc., and he accepted a position running the company's Coca-Cola soft drink operation in southwestern Pennsylvania, which was headquartered in Pittsburgh. Ever the determined businessman, John built the beverage business through the acquisition of additional territory in Cleveland, Ohio; Buffalo, New York; and Chester County, Pennsylvania. John was named President of ABARTA in 1972. In 1978 John launched ABARTA into the oil and gas business primarily as a financial partner, and later moved into operations. John was named Chairman & Chief Executive Officer of ABARTA in 1986 and added its publishing division to his responsibilities. He held those positions until his retirement in 1999. John was an inspiring, determined leader whose strengths were strategy, finance, and building healthy cultures; he instilled the family business with the strongly-held core values that guide it still today, including integrity in all matters and respect for people. John also strongly believed in giving back to the community. He was Chairman of the Pittsburgh City Planning Commission from 1969 to 1973. He was a member of the National Arthritis Foundation board, where he chaired its financial development and strategic planning committees, and served as chair of its Pittsburgh chapter. Moreover, John served on the Heinz History Center board of trustees and was ultimately named Trustee Emeritus. He served on the board of trustees for Vintage, a senior activity center in Pittsburgh, as well as on the board of the Vineyard Environmental Research Institute. John was also a member of the Board of Counselors to the Dean of the University of Southern California College of Letters, Arts, and Sciences, his alma mater. He often facilitated strategic planning and how to manage culture change for these community organizations. John Bitzer, Jr. was a man of principles, values, and passions. He supported private education, patient-centered functional medicine, and entrepreneurship. He was pro constitution - especially the First Amendment, pro republic, pro capitalism, pro free enterprise system, pro small business, pro family business, pro community, and pro Pittsburgh. He greatly appreciated his liberty and freedom, and encouraged his grandchildren to be independent thinkers when it comes to politics and economics. John was passionate about family business: he was a founding member of the Family Enterprise Center at the University of Pittsburgh (now the Institute for Entrepreneurial Excellence); for a number of years he taught an MBA class at USC entitled Best Practices For Family Business; he often spoke to groups about multigenerational family business topics; in addition, John served as a director or advisor on several family business boards. His other passions included sports of all kinds, including all USC sports but especially his USC Trojan football team. He enjoyed all three major pro teams in Pittsburgh - The Steelers, Pirates, and Penguins. From his days growing up in Hartford, he was a diehard Boston Red Sox and Boston Celtics fan. Ted Williams was his childhood hero. In retirement he got into the thoroughbred horse racing business. He enjoyed golf, reading, travel, history, as well as studying and investing in the market - he even put out his own investment newsletter to family and friends. John's home on Martha's Vineyard island was his favorite place to be every summer since 1972, and his home on Pine Cay, Turks & Caicos, was his favorite place to be every winter since 1986. John is survived by his wife, Mary Ella; his sisters, Katrina and Polly; his stepsister, Gail; his two sons, John and Charlie; his two stepsons, Jason and Josh; his fourteen grandchildren, six step-grandchildren and one great-grandson. The family would like to thank Sherry Clark, John's nurse, for her wonderful care, and Shelley Bitzer, his daughter-in-law, for her tireless guidance, and for keeping her promise to Mimi. Memorial service information will be forthcoming. Memorial contributions may be made to: Sheriff's Meadow Foundation, P.O. Box 1088, 57 David Avenue, Vineyard Haven, MA 02568, sheriffsmeadow.org.
Published on March 29, 2020
To plant a tree in memory of JOHN FREDERICK BITZER, JR., please visit Tribute Store.

Plant a tree in memory
of JOHN FREDERICK

Al Novak
I had the honor of working with John when he was engaged at Pitt. He was a fine man and it was a privilege to know him.
Ray Buehler
John and Charlie---So sorry to hear of your father's passing. I am glad that I was able to know him. All the best. Go Trojan's!
View all 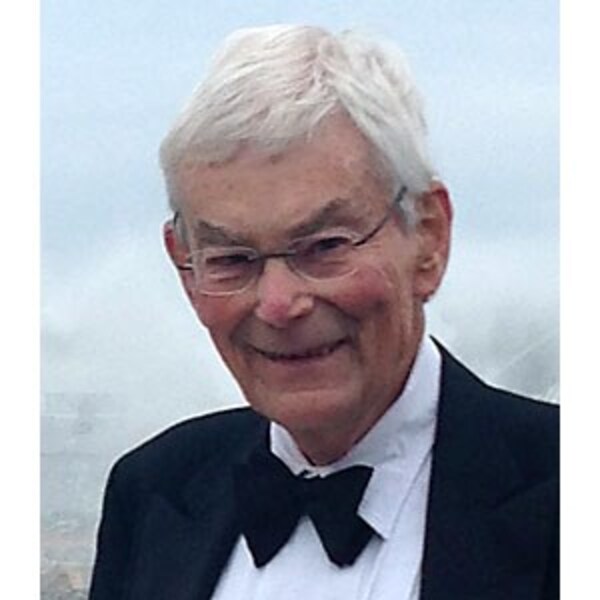