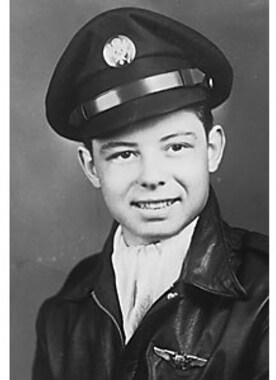 Back to NORMAN C.'s story

Age 94, of Green Tree, our beloved patriot, husband, father, grandfather, uncle and friend, died peacefully on March 10, 2020 following a valiant fight with pulmonary issues. Devoted husband of the late Jean (McGough), beloved father of Alison Strome (Bill) and Arden Vernacchio, adored grandfather of Will (Vivia), Sara (Justin) and Peter Strome, Emily (Joshua) Snyder and Robert (Elena) Vernacchio. Also survived by many loving nieces and nephews. Predeceased by his two dear brothers, Robert and Arthur, and his parents, Florence (Cassidy) and Norman, Sr. Norman grew up in Brookline, graduated from South Hills High School in 1943, and enlisted in the Army Air force as soon as he was eligible. He was a radio operator on a B-29 in the Pacific Theatre during WWII, and on August 14, 1945 was part of the last raid of the war in Nagoya, Japan. He was, until the end, very proud of his service to his country. His prodigious artistic talent led him to Carnegie Tech (now Carnegie Mellon), where he obtained a fine arts degree and met the love of his life, Jean. Two gifted artists, they pursued their art while raising their two daughters. Norman was an award-winning water colorist, a member of the Associate Artists of Pittsburgh, and a talented art director for many major corporate accounts while employed by Ruter and Bragdon, Ketchum McCloud and Grove, and Herbick and Held. He was also an accomplished musician, whose piano music filled their home. He also was a devoted Pittsburgh sports fan. Even with his many talents, Norman will be best remembered as a kind, thoughtful, caring person. A special recognition must be paid to the devoted care giving of his wife, and also those people who cared for him in his final months. Thanks to the wonderful staff at Gallagher Hospice, Brookdale Mt. Lebanon, and Preferred Care at Home for their loving care. A memorial service with military honors will be held Friday, March 13, 2020, in WILLIAM SLATER II FUNERAL SERVICE (412-563-2800), 1650 Greentree Rd., Scott Twp. 15220 at 11 a.m. with a brief visitation beforehand at 10:30 a.m. In lieu of flowers, donations will be gratefully accepted by the Veterans Breakfast Club, 200 Magnolia Place, Pittsburgh, PA 15228.
Published on March 12, 2020
To plant a tree in memory of NORMAN C. ROSFELD, JR., please visit Tribute Store.

Plant a tree in memory
of NORMAN C.

A place to share condolences and memories.
The guestbook expires on March 10, 2021.

Tina Hamaker
Arden,
So sorry to see about the passing of your dad. Sympathy and empathy... my dad passed February 1, 2020 at 91. May good memories comfort you.
Linda k Thompson
I only met Norman the last few months of his life when I delivered meals on wheels to him. I called him my renaissance man because he was such a gifted artist, musician, intelligent, brave soldier and of course a ladies man. When I admired his wife’s collection of little boxes and told him I also collected little boxes, he would insist I take one and every week he would set out another one for me. After about four gifted boxes, I told him he was going to get me fired from meals on wheels for taking gifts. I will treasure those little boxes and always remember what a wonderful, kind man he was. Fred and Nadine Eichenmiller
Alison & Ardie, your Dad was one of the finest gentlemen we have known. He had such a sweet way of making everyone he knew made to feel that he treasured you as a friend . His sweet smile and manner eluded to his awareness of his blessings & love of life. We are so blessed to have known him & called him “friend” & he will be remembered fondly, always.
Bruce Gradkowski

Alison & Arden, you have our deepest sympathy on the passing of your father.
Norm was a sweet Man who always cared about you first. He was a great neighbor to our son Bruce & Miranda and their children who always enjoyed a visit to your fathers house for some piano playing & dancing!!He will be missed , May He Rest In Peace 🙏🏼
Bruce & Debbie Gradkowski

Bruce, Miranda, Lily, Roman and Lincoln Gradkowski,
We had the pleasure of living next door to Norm for a few years. He was the ultimate gentleman! We would go over his house and have a scotch on the rocks while he and Lily played the piano and we would dance around! He was truly something special and we will miss him but we are so thankful for the time we spent with him. We will always cherish the memories and friendship we have built with him! Now we know he’s watching over all of us! Judy Seligman
We were so sad to hear of the passing of our dear friend Norm. For five years he came to our house every Thursday along with our mutual friend, Bob Lanza for what we called, "The Antique Club." Norm was our military, baseball, entertainment and history expert. He was a wealth of knowledge and helped us to identify the antiques we gathered. We had a great time every week. We will miss the fun we shared. 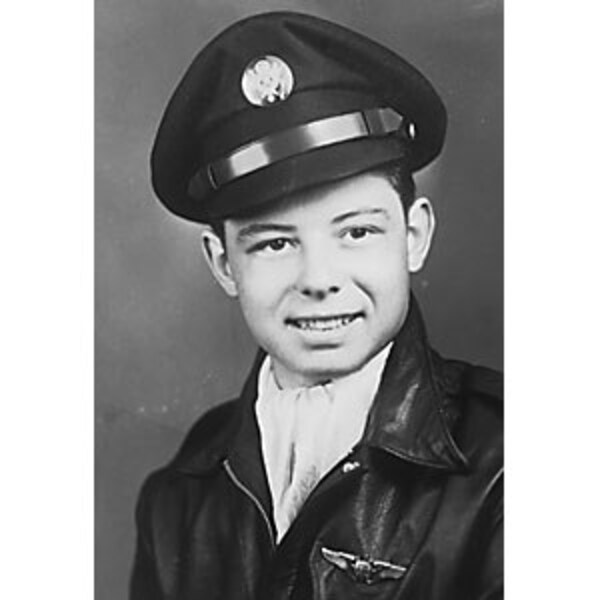